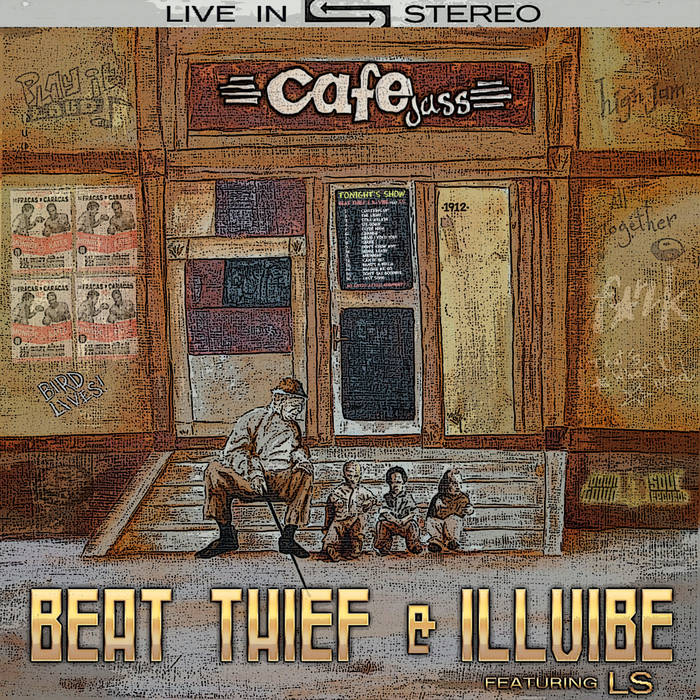 Cafe Jass is the story of one hell of a night, the night iLLvibe, L.S., Beat Thief and friends played a small jazz club in downtown AnyVille. They even managed to rope in Richard Pryor to do a routine, for probably one of the greatest live nights the city's ever seen.

Magically restored by our top technicians in glorious dualvision superdooperwide stereo, although the club has long since boarded up, this record stands as a testament to one of Anyville's legendary live venues and the artists who played it.

conceived after iLLvibe and LS met up with Beat Thief in London whilst on their guerilla tour of Europe in August 2010 - they recorded 5 songs at the time, of which 4 appear here, and completed this project over the web in the 18 months since.